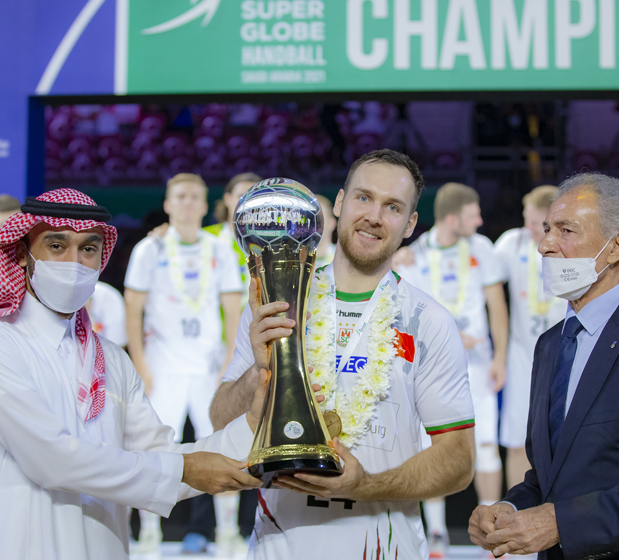 Today, Saturday, October 9, 2021, His Royal Highness Prince Abdulaziz bin Turki Al-Faisal, Minister of Sports and President of the Saudi Arabian Olympic Committee, crowned the German team SC Magdeburg with the title of the 14th edition of the World Club Handball Championship "Super Globe 2021", which was hosted by Jeddah during the period from the 5th to 9th of this October, with the participation of 10 clubs representing the continents of the world. Organized by Ministry of Sports in cooperation with the Saudi Handball Federation, and as one of the initiatives of the
Quality of Life Program 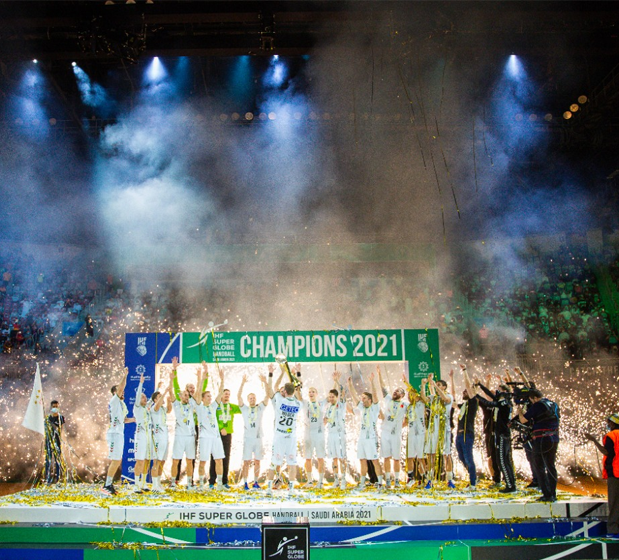 The coronation ceremony took place with the presence of Prince Fahd bin Jalawi, Vice President of the Saudi Arabian Olympic Committee, Dr. Hassan Mustafa, President of the International Handball Federation, and Professor Fadel Al-Nimr, President of the Saudi Arabian Handball Federation, as SC Magdeburg achieved the title after winning the final match against FC Barcelona (33-28) at King Abdullah Sports City Hall in Jeddah
In the placement match of the 3rd and 4th places, the Danish team Aalborg managed to achieve the third place and the bronze medal
after defeating the Brazilian Pineros (34-29) 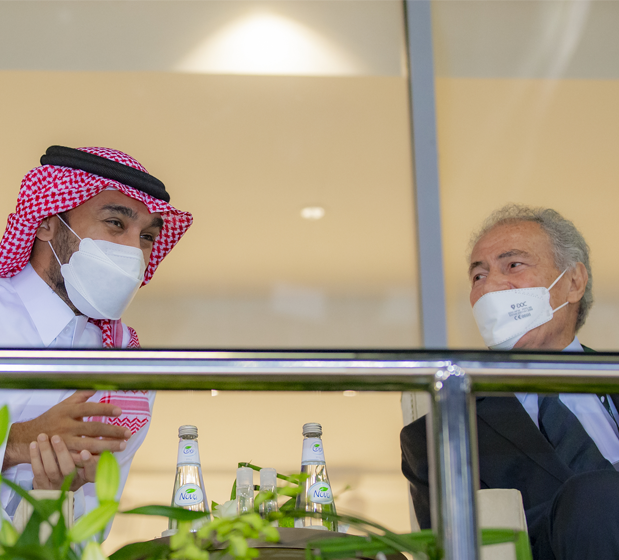 The last day of the championship witnessed a number of matches to determine the positions from the 5th to the 10th, in which the Egyptian Zamalek took the fifth place, and Al-Duhail of Qatar came sixth, then Al-Noor of Saudi Arabia in seventh, Sydney of Australia in eighth place, Saudi Al-Wehda team ninth and finally CalHeat Francisco of the USA in the final place.
share